Technologies of Landscape: From Reaping to Recycling by David E. Nye

Technologies of Landscape: From Reaping to Recycling by David E. Nye

Technology and landscape have long been understood as inherently antagonistic concepts, reflective of the encroachments of civilization on the natural world. Yet as the essays in this volume make clear, the tension between culture and nature is more apparent than real. Even in preindustrial societies, where the dominant technologies are agricultural, it would be impossible to envision a landscape unshaped by human contact. Drawing on evidence from Europe and America, and from the Renaissance to the present day, the contributors to this volume reconceive of the relationship between technology and landscape as a product of cultural interactions. Rather than view landscape only statically as space, they also see it as a process embedded in narrative, or time. Whether one is concerned with the English countryside, the Nazi Autobahn, a naturalist's description of the New World, or chemical pollution in contemporary Louisiana, the question of who gives a place its meaning is just as important as who constructs the physical landscape. Is the Grand Canyon a profitless locality, a sublime wonder, or a potential mining site? Is the smoke of an industrial city construed as pollution or as a heartening sign of prosperity? Is the Appalachian Trail a means to revivify the rural economy or a way to escape into a rugged wilderness experience? These are some of the questions addressed in this interdisciplinary collection of original essays. In addition to David E. Nye, contributors are Paul Brassley, James Dickinson, Jacob Wamberg, Tadeusz Rachwel, Stuart Kidd, Christopher Bailey, Stephen Mosley, Barbara Allen, Mark Luccarelli, Thomas Zeller, Stephen Bending, Pia Maria Flodin, Peter Goin, and Elizabeth Raymond. The Living Landscape by Fraser Harrison The Art of the Landscape by Raffaele Milani Peter Handke's Landscapes of Discourse: An Exploration of Narrative and Cul ... by Christoph Parry 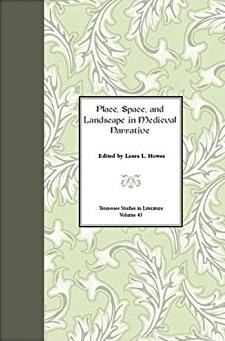 The Chimney of the World: A History of Smoke Pollution in Victorian and Edw ... by Stephen R. Mosley Guide to Urban Engineering: Infrastructure and Technology in the Modern Lan ... by Claire Barratt, Ian Whitelaw A Romance with the Landscape: Realism to Impressionism