Differing significantly from previous studies, McFarland's approach to the Mugwumps provides a balanced portrait of these Yankee reformers and their campaigns against boss rule in cities, corruption in national affairs, and American imperialism abroad.

The conventional approach has been to concentrate on only a dozen or so of the best known Mugwumps and to trace their careers no further than 1900. In contrast, McFarland greatly extends the number of individuals whose activities must be considered reflections of the movement, discussing a sample of hundreds of active Mugwumps, and traces their careers well into the twentieth century.

Mugwump orthodoxy is demonstrated by an examination of their largely negative goals in the anti-Blaine bolt of 1884, their narrow political program during the late 1880s, and their politically disastrous loyalty to Grover Cleveland. But their innovative side is also highlighted by a searching analysis of their successes, including their participation in the movement to professionalize such occupations as law, medicine, and higher education, and their contributions to urban, political, and social reform. 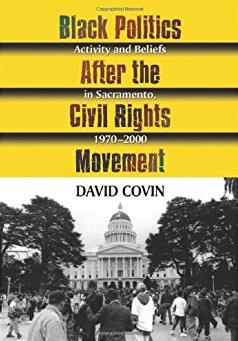 Black Politics After the Civil Rights Movement: Activity and Beliefs in Sac ... by David Covin In the Nature of Cities: Urban Political Ecology and the Politics of Urban ... by Nik Heynen Political Economy and the Labour Party: The Economics of Democratic Sociali ... by Noel Thompson Americans and the Making of the Riviera by Michael Nelson The Wages of Sickness: The Politics of Health Insurance in Progressive Amer ... by Beatrix Hoffman