This volume provides the first comprehensive collection of charters, letters and other written acts issued by native rulers of Wales from the early twelfth century to the Edwardian conquest of 1282–3. It thereby makes more accessible than ever before a key body of source material for the study of medieval Wales during ‘the age of the princes’ – an era of struggles for power by native rulers both among themselves and with Marcher lords and the English crown. The documents assembled and analysed here illuminate a wide range of topics including political developments and concepts of authority in Wales, Anglo–Welsh relations, contacts with kings of France and the papacy, benefactions to religious houses, dispute settlement and uses of the written word in Welsh society.

The edition prints the surviving texts, almost all in Latin, of 444 documents, together with English summaries and explanatory notes, and also contains notices of a further 174 documents whose full texts have been lost. Coverage is broad, extending from the major dynasties of Gwynedd, Powys and Deheubarth to less powerful dynasties such as those of Arwystli in mid-Wales and Gwynllwg in the south-east. The significance of the material as a whole is assessed in a substantial Introduction. This outlines the history of each dynasty and territory whose rulers’ acts are included before analysing the textual transmission and diplomatic of the documents extant as texts and discussing the agencies responsible for their production. The Welsh Kings: The Medieval Rulers of Wales by Kari Maund Celtic Christianity in Early Medieval Wales: The Origins of the Welsh Spiri ... by Oliver Davies The Appearance of Evil: Apparitions of Spirits in Wales by Edmund Jones, John Harvey The History of Wales Heart and Soul: The Character of Welsh Rugby (University of Wales Press - W ... A Great and Terrible King: Edward I and the Forging of Britain by Marc Morris Ireland and Wales in the Middle Ages 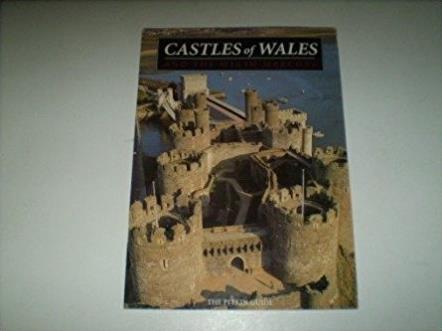 Castles of Wales and the Welsh Marches (Treasures of Britain) by David R. Cook