Since the publication of the first edition in 1985, Missouri Government and Politics has been widely acclaimed as an outstanding text. This revised and enlarged edition updates all of the chapters to reflect the changes that have occurred in the state's government during the last decade. Five new chapters have been added on topics previously unaddressed: economic development, energy, and the environment; state policy making in higher education; funding for education in the 1990s; the statewide elected executive officials; and the types of law in Missouri.

The twenty-six chapters are grouped into four main categories: "The Context of Missouri Politics," "State Governmental Framework," "Policies and Policy Making in Missouri," and "Local Government and Politics in Missouri." Helpful additions to the basic text include more than fifty tables and figures, a glossary giving clear definitions of many governmental terms, and a bibliography on Missouri politics and government.

The authors have become experts about Missouri by serving as teachers and researchers in Missouri colleges and universities, as candidates and workers in Missouri political campaigns, and as officeholders and public administrators in Missouri state government. Their collective experience in Missouri politics ensures that this new edition provides the most thorough and comprehensive overview of the structure and inner workings of Missouri's political system. Missouri : Facts and Symbols (States and Their Symbols) by Emily McAuliffe 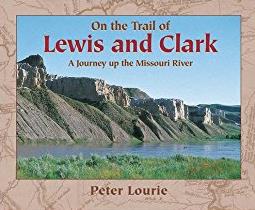 On the Trail of Lewis and Clark: A Journey up the Missouri River by Peter Lourie A Creed for My Profession: Walter Williams, Journalist to the World (MISSOU ... by Ronald T. Farrar