The Jewish Emergence from Powerlessness (Heritage) by Yehuda Bauer

The Jewish Emergence from Powerlessness (Heritage) by Yehuda Bauer

The theme of this book is the gradual emergence of the Jewish people from total political powerlessness - a development stretching over nearly 100 years and culminating in the consolidation in the State of Israel. Ironically, Professor Bauer demonstrates, events during this period stemmed in part from a belief in the power of the international Jewish community that never existed - but that motivated both the Germans and, after the war, the British.

This is a brief but absorbing study by one of the world's great experts on the Holocaust, who has drawn on a huge body of material to depict one of the unforgettable events in recent history from an arresting and unfamiliar point of view. 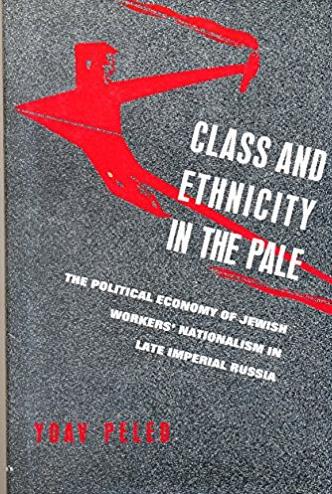 Class and Ethnicity in the Pale: The Political Economy of Jewish Workers' N ... by Yoav Peled

Introducing My Faith and My Community: The Jewish Outreach Institute Guide ... by Rabbi Kerry M. Olitzky Community and Conscience: The Jews in Apartheid South Africa by Gideon Shimoni

The Jewish People: Their History and Their Religion by David F. Goldberg, John D. Rayner Jewish Ludmir: The History and Tragedy of the Jewish Community of Volodymyr ... by Volodymyr Muzychenko, Marta Daria Olynyk, Antony Polonsky Children of Job: American Second-Generation Witnesses to the Holocaust (S U ... by Alan L. Berger